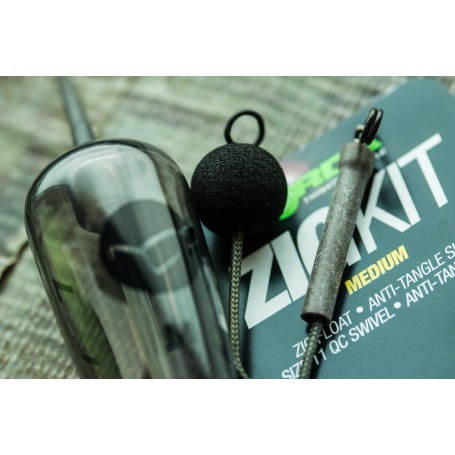 The new Korda Zig Kit makes fishing adjustable zigs easier than ever before, following extensive testing to get it just right.

The new Korda Zig Kit makes fishing adjustable zigs easier than ever before, following extensive testing to get it just right.

Using an adjustable zig allows you to search out the water column within your swim until you discover what depth the carp are swimming at, but without the need to keep winding in, tying on a different length hook link and re-casting. So not only are they less hassle, but they also create far less disturbance.

Often when zig fishing you are more worried about how far under the surface your hookbait is than the exact depth of water that you are fishing in. The drop of the lead will give you a rough idea of the depth, and you can then simply pull the float down to the required depth below the surface, rather than having to disturb any fish in the area with a marker float to enable you to tie conventional zigs to the correct length.

It also means that when you do catch you will know how far below the surface the bait was at, rather than how far off the bottom it was, which is far more useful as carp tend to cruise at the same level in the upper layers regardless of what the contours of the lake bed are doing, to a large extent!

The blow-moulded float used in the Zig Kit has been carefully chosen to ensure that it is buoyant enough that it will easily rise to the surface, but still small enough not to overly adversely affect the range at which it can be used. 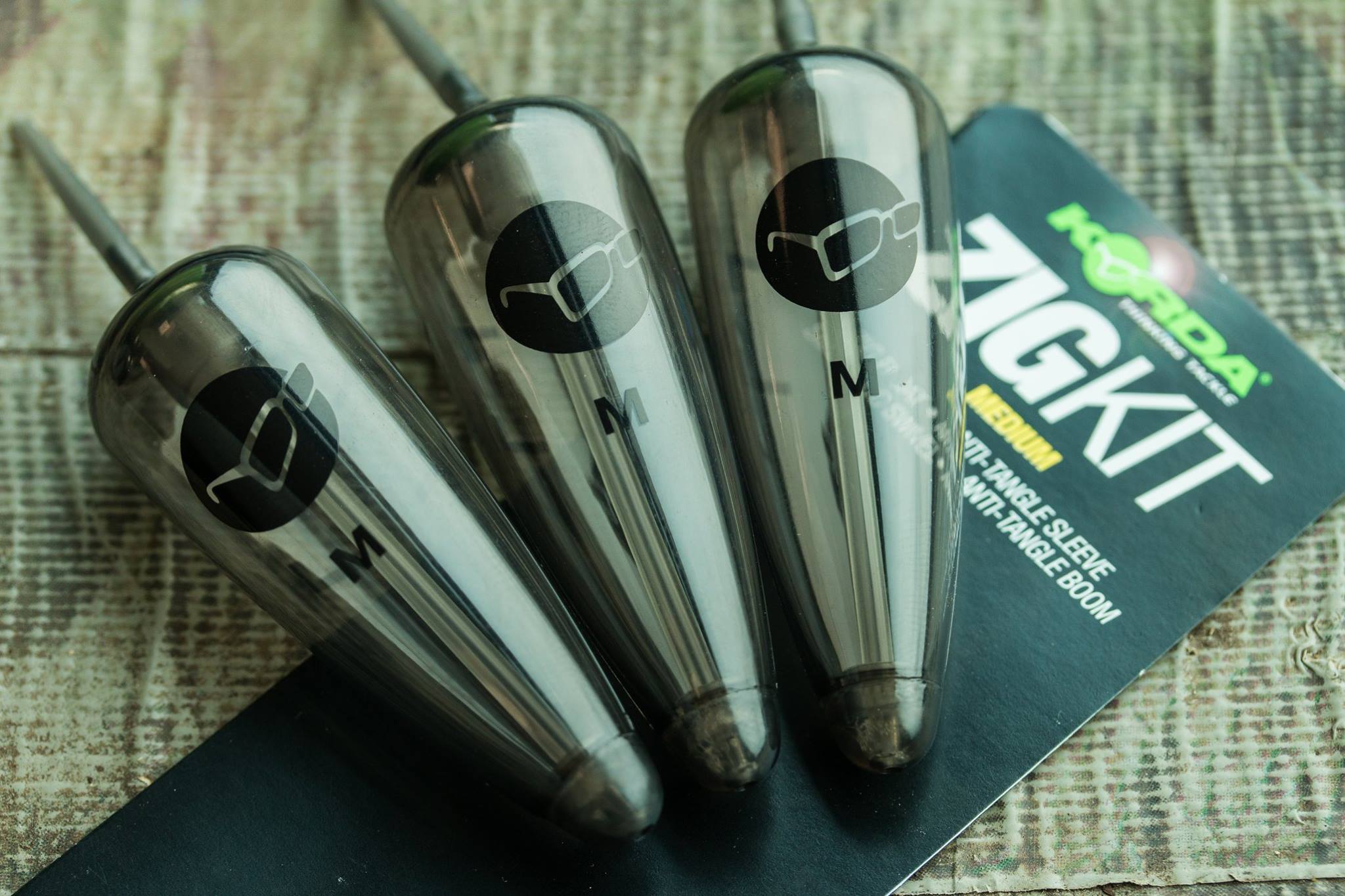 The float itself is a light greycolour to make it as unobtrusive as possible when fished mid-water, whatever the light and water conditions happen to be. It features a soft insert in the nose which will neatly house a size 11 QC swivel, which is supplied with it, as well as an anti-tangle sleeve.

The boom section may seem like simply just a boom onto which a lead can quickly be clipped, allowing you to change lead size as needed, but that also has to be just right to prevent tangles. The key to this is a ball-bearing swivel which ensures that the boom can rotate rapidly during flight, thus preventing tangles, and once on the lake bed a polyball ensures that it sits up over any debris, allowing the float to rise freely and then to be adjusted to the required depth.

The float has a ‘target’ square marked on it and before you cast out each time you simply take a piece of dissolvable foam, lick it, and push it onto the float so that it sticks to it, taking care not to crush it too much in the process. Then you just have to stick your hook into the foam and you are all ready to cast out. 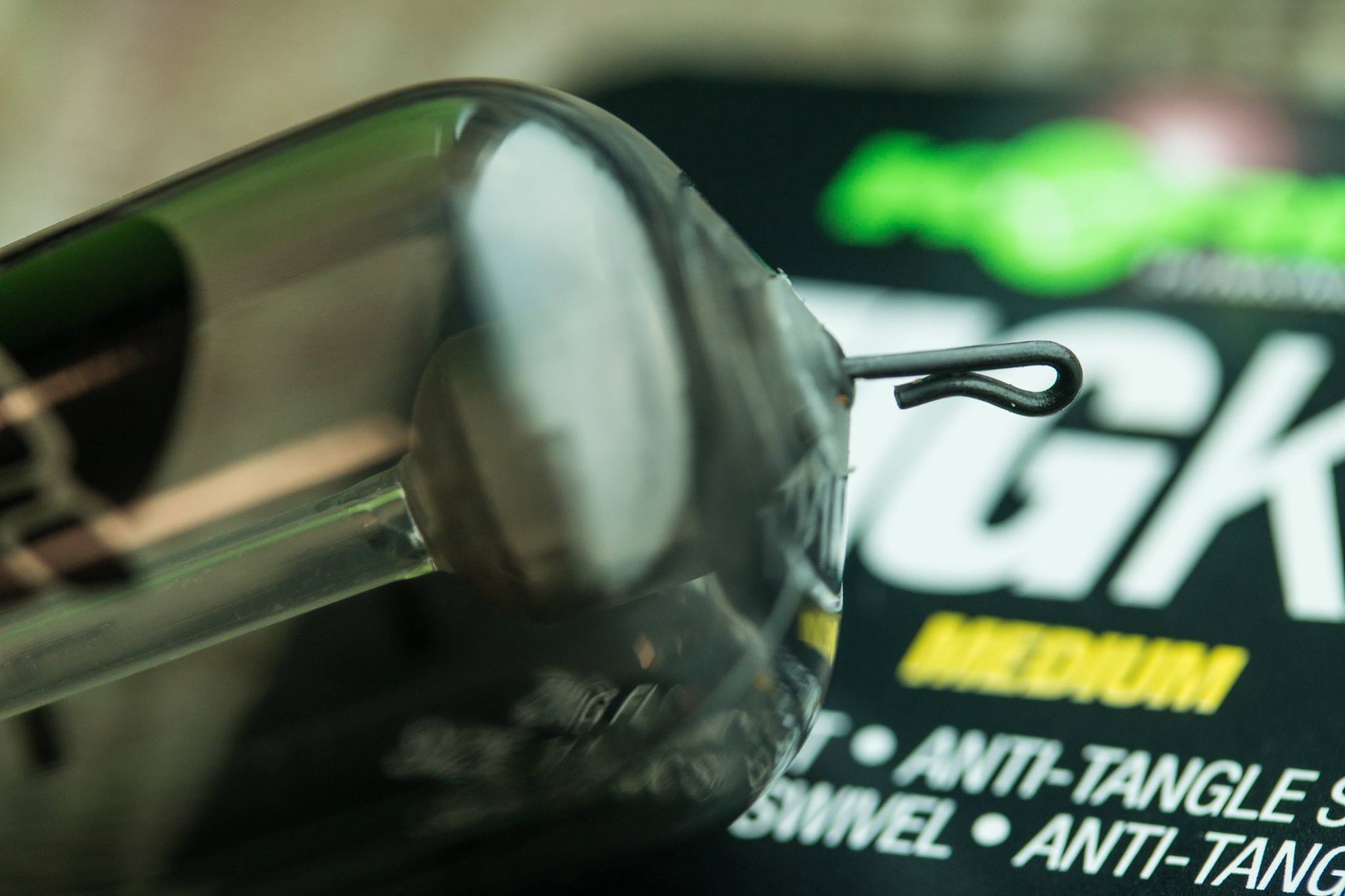 The Zig Kit has been designed to make it as tangle-free as possible, even in windy conditions, but in the event that it does tangle at all you will usually know, as the float won’t rise to the surface as it normally does.

During testing some of the Korda team have had some fantastic results using them, including Ian Bailey, who has managed commons to over 40lb on the Zig Kit so far! 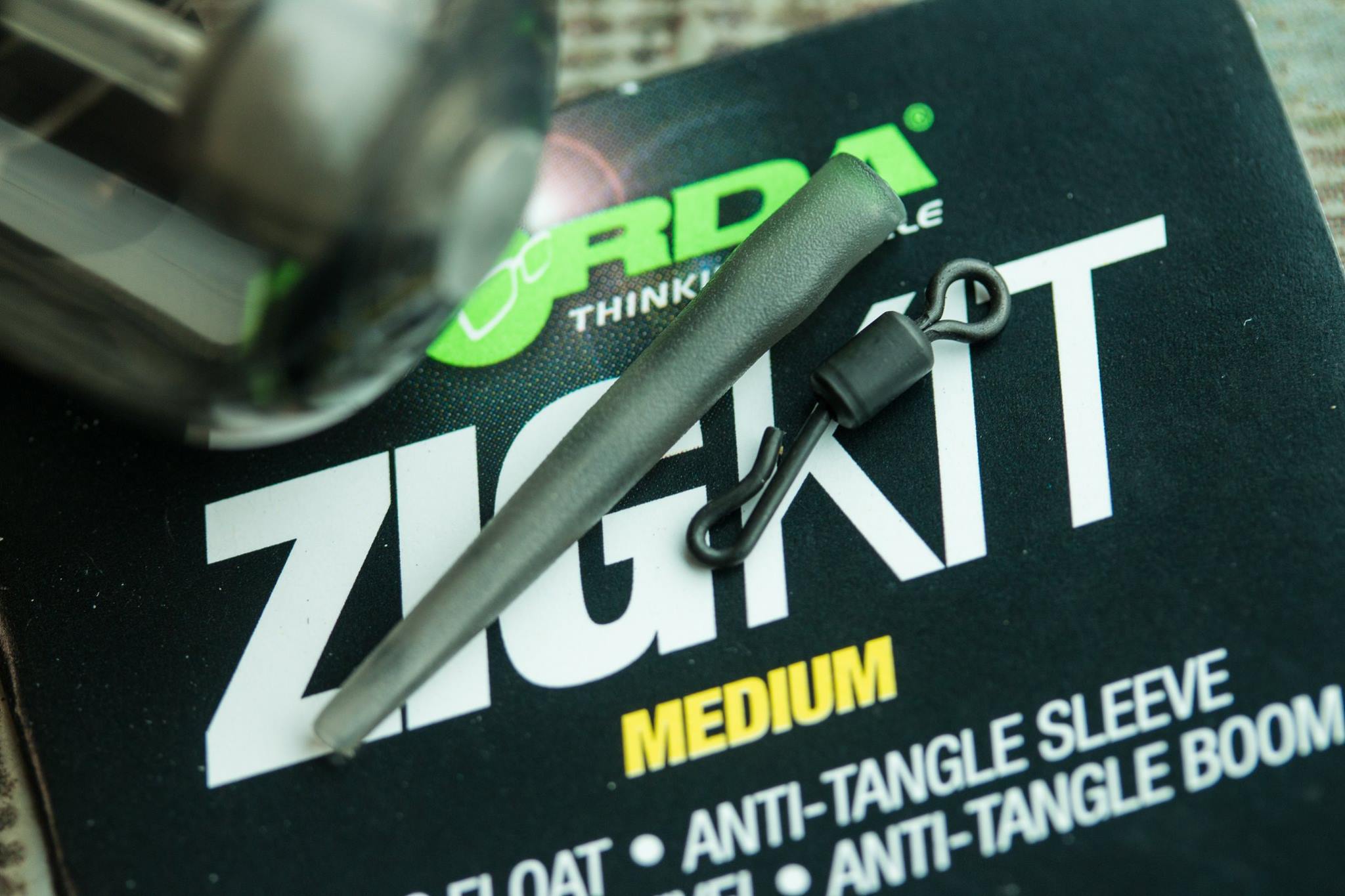 30 other products in the same category